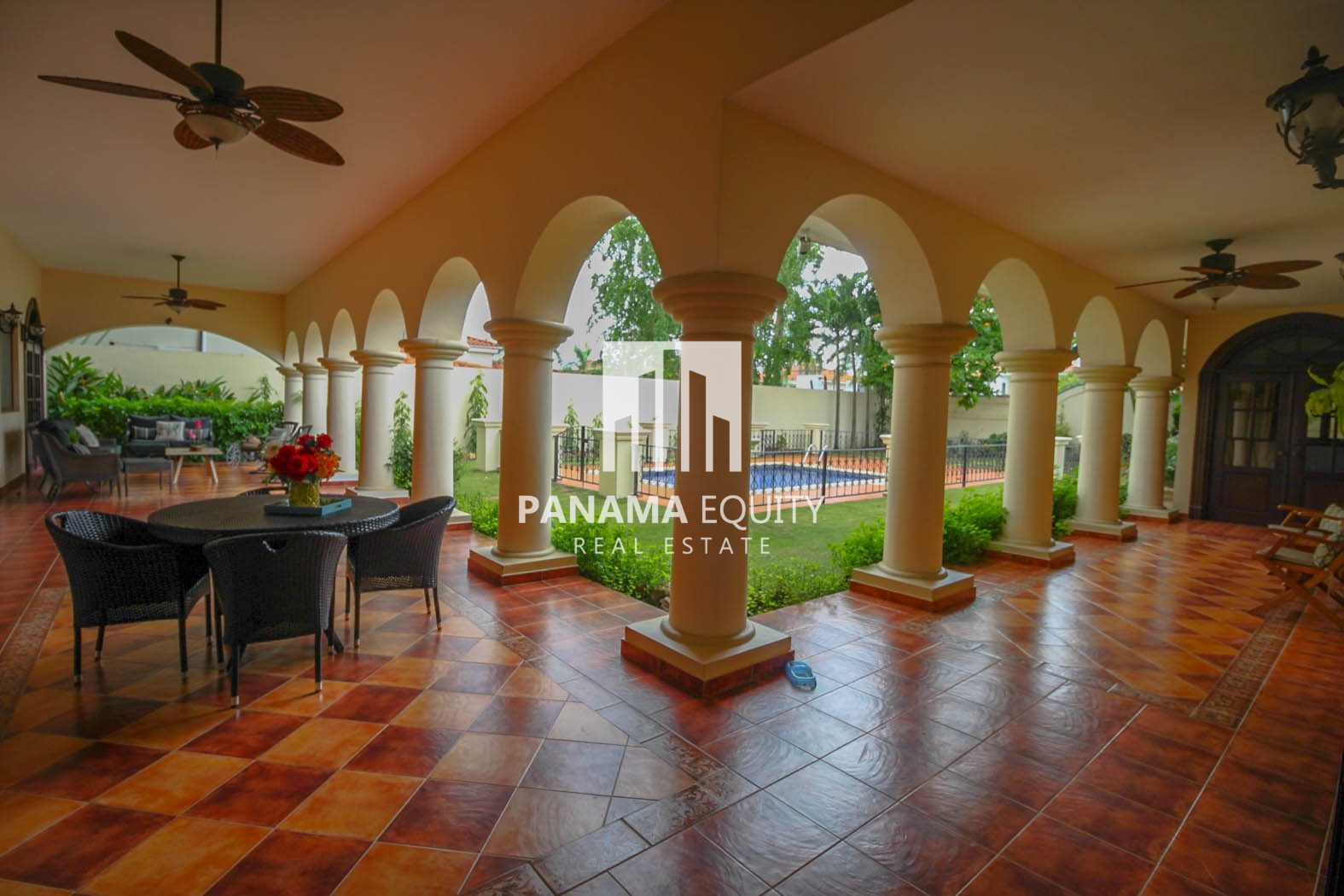 Seven bedroom traditional hacienda-style Villa for sale in Costa del Este. one of the nicest suburbs of Panama City, Panama.

Plenty of space for the growing family, including a den, library, and completely separate guest wing.

Formal living room and dining room and a large bright kitchen round out the details of this lovely home. The design also incorporates upper and lower covered terraces overlooking the pool and yard.

There is a pool shed and storage at the back of the yard plus plenty of storage throughout the house.

Covered parking for three cars, positioned at the end of the street, with a landscaped front entrance and excellent curb appeal.

Costa del Este is one of Panama City’s most desirable neighborhoods that has a feel of its own. Many residents say that this neighborhood feels like living in a “city-within-a-city.”

This area sits 5 kilometers east of downtown Panama City but packed with amenities close by. This makes it feel like you are living in a self-sustaining community.

Costa del Este is frequently described as having a Los Angeles-esque vibe. The wide streets are lined with palm trees and it isn’t uncommon to see luxury cars cruising down the road. Here you’ll find sleek skyscrapers and many gated communities with single-family homes.

Many residents enjoy a short commute to corporate offices in the area and they send their children to the many great schools nearby.

While the vibe is definitely swanky, many love Costa del Este for its relative peacefulness compared to some of the more centrally located areas of the city.

Stunning 4-bedroom home for sale in Costa del Este, one…

Relaxing from home takes on a whole new meaning in…