Getting Around in Panama City, Panama

Posted in Exploring & Living in Panama, Travel & Transportation On Mar 17, 2020
So you’ve moved to Panama City and your next step is figuring out how to get around. Though it seems like every local Panamanian drive a car even if only to go one block.
You want to be different and not own a car because the aggressive driving style of Panama isn’t for you. Or at this point, you’re simply not interested.
Either way, we’d like to present the facts about getting around in Panama. Here are the various modes of transport you can take so you can decide the best route for you.

The international ride-share app exists in Panama and seems to be improving daily. At all hours of the day, you will find Uber drivers wondering the streets, able to pick you up in a matter of minutes.
Uber is safe, comfortable, and accessible. Its rate system provides transparency instead of a roll of the dice taxi fare system. Additionally, with Uber English, you don’t even have to worry about the language barrier.  Picking you up wherever you are, Uber makes it easy.
You might want a local phone number though, in case the driver tries to call you to clarify your pickup location. Typically, an Uber ride through the central city will cost between $3-5. 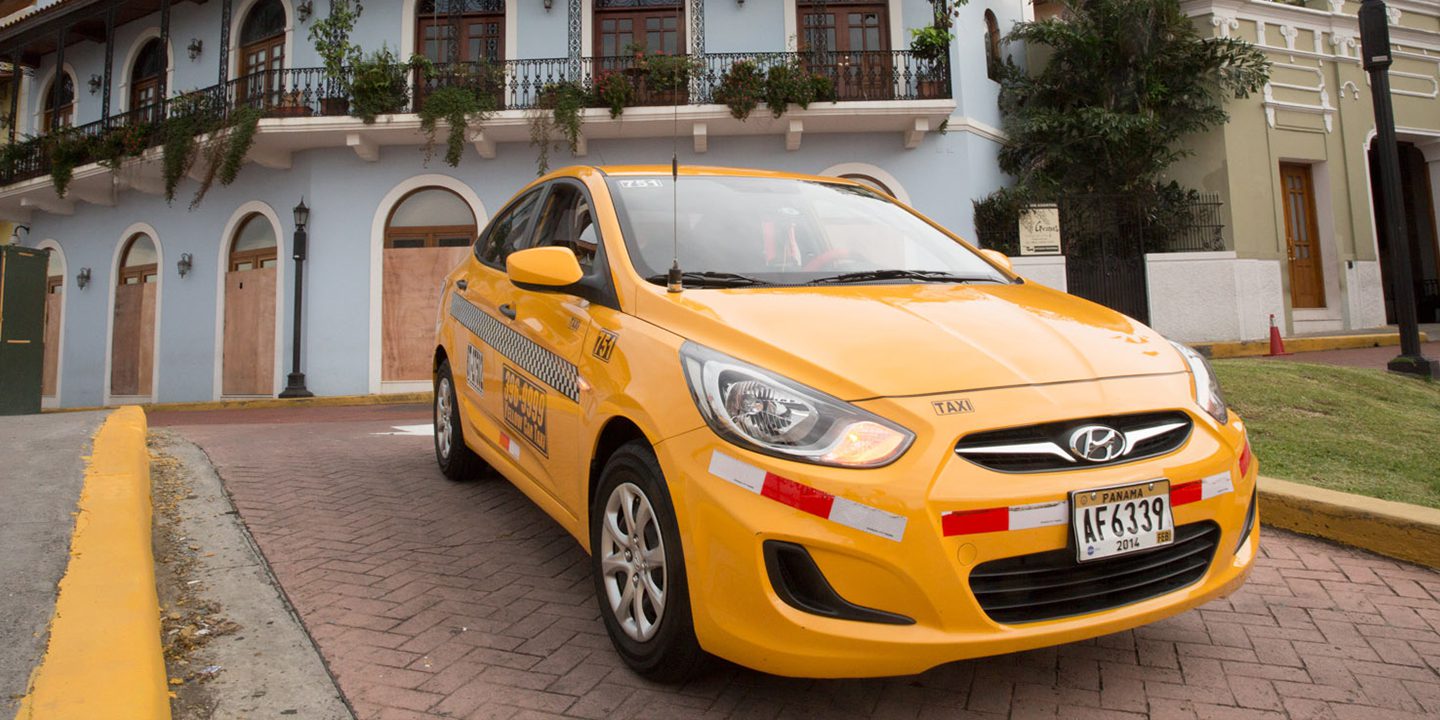 Looking to be adventurous and travel the local taxi route? First of all, be careful as taxi drivers may not have insurance, the paperwork to the car, or it might not even be their car. Furthermore, price gouging is common if you look foreign and don’t speak Spanish. Few taxi drivers speak English. Best to pre-negotiate the price before you ever get in the cab.
With lots of yellow cabs on the road, this is a quick option if your phone is dead and you have a couple of bucks in your pocket.
If you get lucky you may only pay $2 for a ride across town, but be prepared to pay even more like $5-10.

The latest rideshare app to hit the market, Cabify is like the Spanish Uber. The big difference here is that Cabify charges per kilometer of the calculated route. Regardless of the actual route taken by the driver.
In contrast, Uber charges according to minutes in route & kilometers traveled. This means you may be able to experience a price difference in your favor with Cabify versus Uber.

Don’t want someone else driving you around? Renting a car is easy in Panama and in El Cangrejo there are at least 10 rental car agencies. Please note that traffic is usually horrendous during the weekdays from 7 to 9:30 am, around 12 noon, and from 4 to 7 pm.
If you want to get somewhere fast then beware of the many potholes in the roads that will definitely slow you down. Additionally, you’ll find that rental car companies don’t tend to include insurance in their list pricing. So be ready to pay an additional $50-100 per day on top of that list price you see. 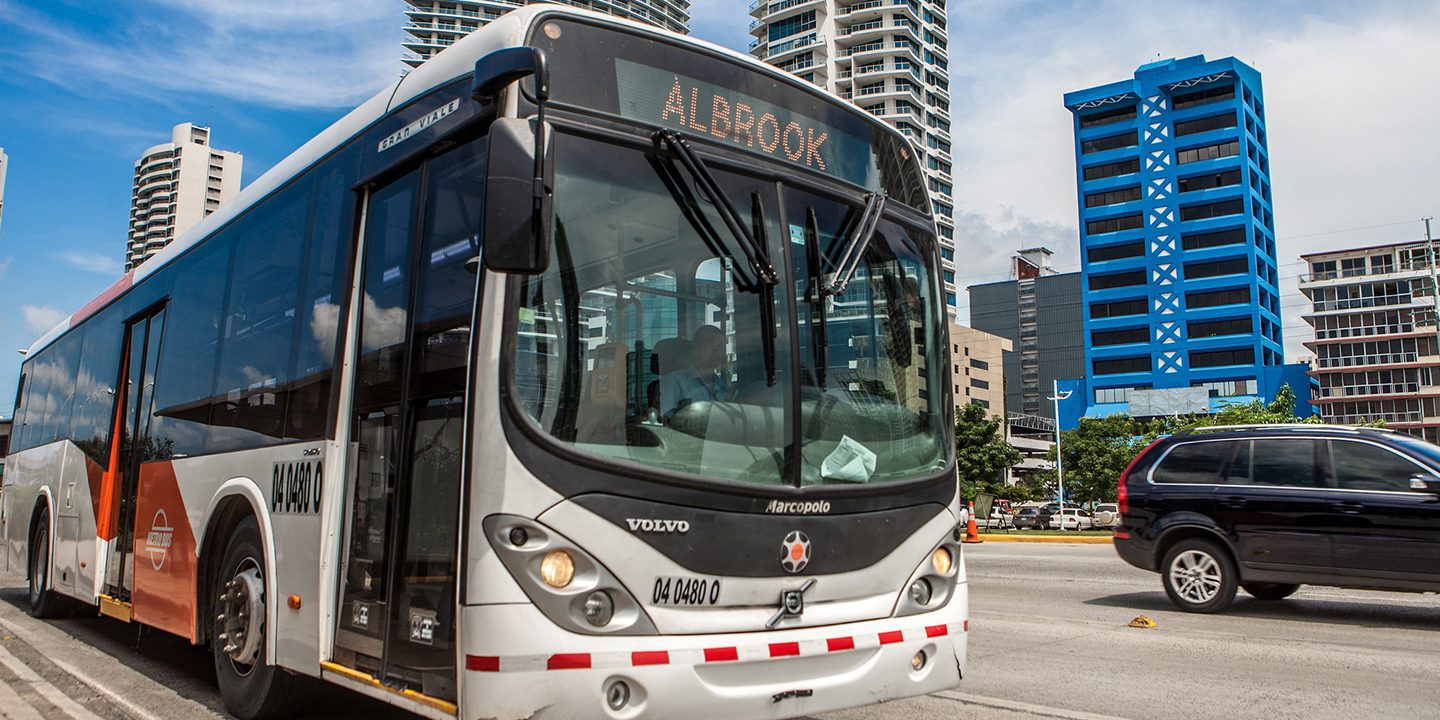 Join the thousands of Panamanians that use the bus every day in their daily commute. Operating on a star route system all buses leave from Albrook and head out to their end destination. They then return, usually along the same route, back to the terminal.
So, to really get around on the Metrobus you need to first learn what the routes of each end destination bus are. We don’t want you ending up at the other end of town now do we?
One of the best routes for getting around the city is the bus that says, Panama Viejo Via Israel-Mariscos. It stops by key places like Multiplaza, Multicentro, Avenida Balboa, San Francisco, the Fish Market, Panama Viejo, and Atlapa. There are a ton of busses for this route so you should not have to wait more than 10 minutes for a bus. You can get the bus at any of the stops on Via Israel, & Avenida Balboa (it basically goes in a circle on these main streets).
The Metrobuses are comfortable with air conditioning onboard and fairly clean interiors. The cost of using the Metrobus is only $0.25 for any one-way ride. Regardless of if you are going one stop or to the end of the line.
If you hop on a bus that uses one of the toll roads then the fare increases to $1.25. Be aware of this for the Corredor Sur & Corredor Norte. If you take the bus to the airport, then you can save quite a bit by paying $1.25 instead of approximately $15 in an Uber or taxi.
To ride the Metrobus you will need a MetroCard which costs $2.00. You can buy these at grocery stores like Super 99 or El Rey or at the terminal.

Hop on the METRO (SUBWAY)

Operating in Panama since 2014, the new subway is very clean, reliable, and easy to use. There is currently only one line, so no worries in trying to navigate a complicated subway system. Each ride only costs $0.35 and you will need a MetroCard as mentioned before for the buses. It also works on the Metro.
In El Cangrejo, there are 2 subway stops – one at Via Brasil and the other one at La Iglesia del Carmen. The subway will take you towards Casco Viejo and loop you back to Albrook Terminal.
Going the other way, the subway takes you out away from town. Metro Line Two is in construction and will go all the way to the airport. This line will hopefully be open in the next year or two.

Bike Around the City

If you’re willing, then feel free to navigate the pothole-filled, congested roads of Panama. Drivers do not respect cyclists, so using a bike as an everyday mode of transport is not recommended.
On Sundays however, the government shuts down the Cinta Costera for cyclists to ride safely all the way from Panama Viejo until Casco Viejo.
Don’t have a bike? In El Cangrejo you can visit MTB bike shop right off Via Argentina. They specialize in mountain bikes, which might be a good idea given the pothole situation.

Apartment for Sale in the Heart of Avenida Balboa

For those who want to enjoy Panama City, living in…

In all of our years of traveling Panama this is…

This lovely two-bedroom apartment for sale in the Luxor Tower…