Coronado Chillin’ — the ultimate in relaxing beaches, spas and resorts

Posted in Exploring & Living in Panama, Sports, Stay/Hospitality On Sep 30, 2017

It’s no wonder that Coronado was built where it was. There’s something for every taste along the string of beautiful beaches in the surrounding area.

In Coronado itself, the beach is wide and a perfect spot for swimming, as the calm ocean laps at the shoreline, with the sand morphing from black-to-white-to-grey from the quartz and magnetite from El Valle’s now dormant volcano. Jet-skiing and kayaking are popular, and horseback riding and kids’ soccer games abound on the sand. And, although the coast is lined by million-dollar mansions, it’s still relatively uncrowded.

While the beaches in Coronado and resort-central Playa Farallon are the most popular, picturesque El Palmar, a short walk from San Carlos, is a favorite among surfers and locals. The waves are perfect for both beginners and the more experienced crowd, and a surf school rents boards and gives lessons. The white sands of Santa Clara and Playa Blanca are prime sunbathing and swimming spots — though, depending on what you’re looking for architecturally, know that the latter mushroomed from a sleepy fishing village into one of the biggest beach boom towns over the last ten years. Gorgona’s beaches stretch over 4km of turquoise waters and from one of them, Malibu Beach (another surfing hot spot), you can walk for miles to reach more virgin territory. 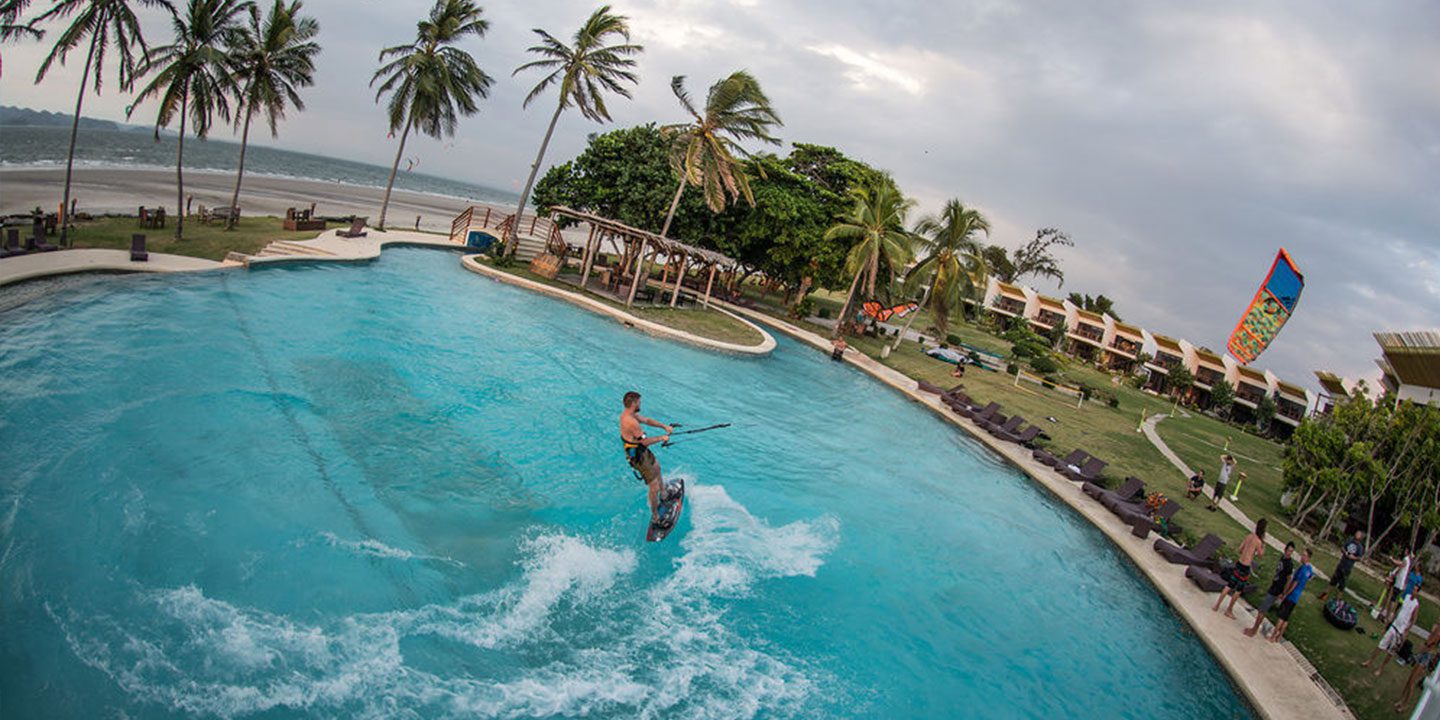 For adrenaline-junkies, Punta Chame is popular for windsurfing at the end of a long, thin peninsula lined by shrimp farms and mangroves. It’s a get-away-from-it-all type of destination, as there is little at land’s end. In hopping Nitro City, you can switch up the jet-skiing and stand-up paddling with some land-based fun at a flatland skate park, a paintball and archery field, race tracks for motocross, pitbikes and side-by-sides and more. The “City” also hosts some of the biggest events along Panama’s Pacific coast – from sports and big name concerts to Summer Live, where DJs and bands play 24/7 every weekend, all summer long.

At the other extreme, Buenaventura, an upscale gated community, is home to Panama’s well-heeled elite and a growing number of expat families who have made it their permanent or seasonal home. Since Buenaventura is one of the original planned beach communities outside of Panama City, its surroundings are rich in lush landscaping, mature trees and even underground electric lines, alongside all of the modern creature comforts. A five star JW Marriott hotel is a recent addition, with its own beach, golf, and equestrian clubs.

From affordable to luxurious, all-inclusive resorts in the Coronado area cater to all tastes and might be just the retreat from it all you’re looking for. From couples seeking a quiet getaway to those hoping for a family-friendly spot, Panama’s beach resorts pretty much mean you don’t need to venture outside the gates.  They’re also a great way to get to know Coronado on a weekend trip. Sheraton Bijao Beach Resort, the RIU in Playa Blanca and Decameron next door are great places to start and you can often find all-inclusive discounts at ofertasimple.com. You can get a pasadia (day access) at the Decameron, Playa Blanca and Blue Bay Coronado to try it out first.

And, for the best spas in town, you won’t have to venture far from the golfing: Buenaventura, Riomar, Bahia and Bluebay are your best and most relaxing bets.

Just a short walk to private beach access, this furnished…

This turn-key home in Pedasi town is shaded by huge…

Luxury home with lots of extras in Pedasi

This beautiful turn-key home is offered fully or partly furnished. …