Living in Panama Vs Belize: An Expat Analysis

My name is Kent Davis and I was born and raised in Hawaii. In 2007, I quit my job, broke up with my girlfriend, sold my car, and bought a one-way ticket to Panama. One of the countries I researched before making the move was Belize, a tropical English speaking nation bordering Mexico.

Retirement was not yet a priority, although it was a factor for reasons I’ll share later. My primary aim was to become an expatriate, with the ultimate goal of starting a business and a family. Initially, my research focused on lifestyle, weather, safety, nightlife, and healthcare. From there, I dug into the economy, the real estate market, and the logistics of immigration.

This is what I discovered when comparing Panama to Belize. (Watch the video below or read on to learn more)

What drew me to Belize was the lure of turquoise waters and barrier reefs that seemed so accessible. Reading about places like Ambergris Kay and Corozal, my mind was racing with business ideas. I imagined myself opening up a beach bar and spending long, sun-soaked days in places like Caye Caulker or Placencia Belize.

Online, the cost of living in Belize looked too good to be true. “Rent an apartment on the beach for less than $500. Live the good life for $1,000/month.” Where do I sign up??

First, I created my own version of The Economist’s “Big Mac Index” by diving in to cost comparisons for things like wine, beer, onions, cheese, utilities, cell phone services, and a new car.

What I discovered is that island living has a price tag! I mean, I thought Hawaii was expensive! At an average of $15.00 per bottle of wine (A cheap Chilean Pinot in this case), wine is double the cost compared to Panama. Cheese at $5.00/kg was also a bit hefty. But what really surprised me was to find grocery items like tomatoes, onions, and beer were more than twice as much as what I would be paying in Panama.

Another item I researched for Belize was the cost of a new Toyota sedan which looked like it was going to run me more than $40,000. In Panama, the same vehicle brand new listed for $18,000. Hello, import duties, nice to meet you! So I decided I probably wouldn’t need a car in Belize.

The real hook to Belize is the cheap real estate prices. And I mean cheap! In the course of my research, I found some incredible deals on properties in places like Ambergris Caye, Corozal, and a spot called Tres Cocos Lagoon. At first glance, it looked like I could pick up beachfront land for sale in Belize at less than $40,000. Now we’re talking!

What I failed to realize is that the closing costs for purchasing a property in Belize are higher than what I was used to in the US. In the case of my $40,000 lot, I would need to come up with an extra $3,000 – $6,000 to cover taxes, fees, and in some cases commissions.

As far as interest rates on mortgages in Belize, at last, check rates were running in the double digits. Panama’s highest interest rate for foreigners applying for a mortgage is 6.5%

Property taxes in Belize run from 1% – 1.5% on the registered value of the land, about the same as Panama. *At the time of publication, Panama has just passed a new law cutting property taxes by more than 60%. So in the case of my “cheap” oceanfront lot, my holding cost of $600 per year compared to Panama’s new rate of $15 per year wiped out any difference in the purchase price.

An uncontestable point: Real estate prices on a per square meter were still less expensive in Belize versus Panama.

Healthcare in Belize and Panama

According to my research online, ex-pat healthcare in Belize looked limited to most clinics. I also discovered that medical equipment and in some cases medical supplies in Belize are lacking. Meaning most expats living in Belize end up going to either Mexico, Guatemala, or the US for medical treatment.

Panama on the other had some of the best medical care in the region, including a John’s Hopkins affiliated hospital. And outside of the capital, private and in some cases public healthcare seemed like it was more than adequate.

Citing a UN study, Panama currently has 2.5 hospital beds per 1,000 residents which rank 38th in the world. Another study ranked Panama top 5 in the region for healthcare. That study was a ranking of factors that included waiting time, availability of specialists, and modern equipment.

In terms of healthcare for Panama versus Belize, Panama definitely came out ahead.

From a macroeconomic standpoint, Panama vs Belize there is no comparison. Panama’s diverse economy, healthy debt to GDP ratio, and historic low unemployment meant that any business I started or property I purchased was likely to benefit from strong economic fundamentals.

Belize, on the other hand, is such a small country that it wasn’t really a fair comparison. With a population of less than 500,000 compared to Panama’s nearly 4.5 million, it felt like I was comparing apples to grapes.

The Doing Business ranking for Panama this year was 86 vs Belize at 135. From the same study, Panama has ranked in the top 5 countries in Latin America for many years in terms of cost and time to open a business. Go Panama!

In terms of economic diversification and overall growth, Panama also seems to have a leg up on Belize. Panama for the last 8 years has an average GDP of 6% which has consistently put it as one of the fastest-growing countries in the world. And the stability of being on the US Dollar vs the Belize Dollar goes without saying.

According to my research, Belize is pretty dependent on agriculture. Other industries include oil and tourism. That usually means that things can change quickly, depending on factors such as commodity prices. Compared to Panama’s fairly diverse economy consisting of mining, transportation, logistics, agriculture, tourism, and construction…Belize was starting to lose a bit of steam in my book.

Come on Belize, where you at! 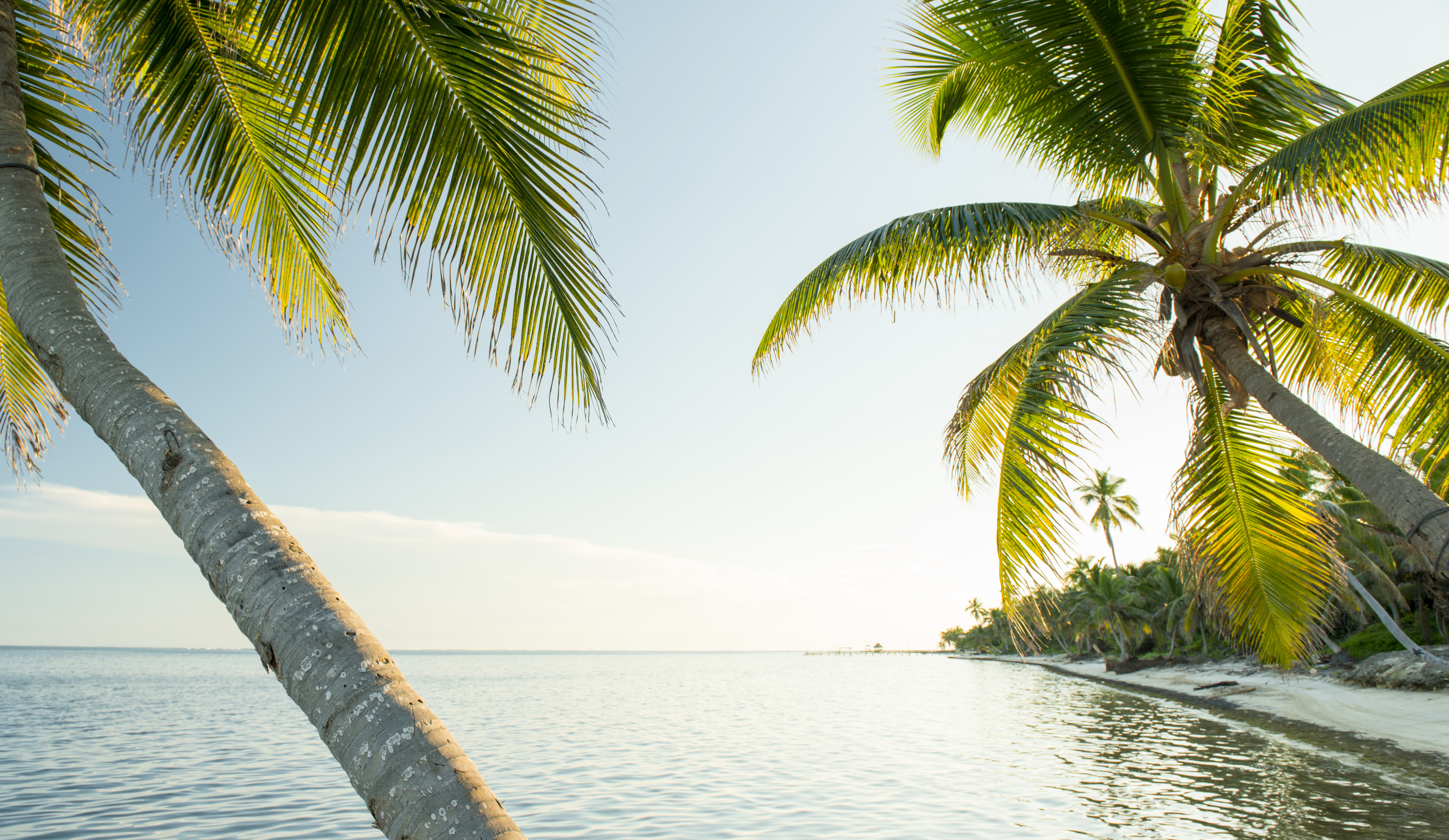 According to my research, Belize was a shoo-in for a sun and fun, all-day-at-the beach lifestyle. But I’m the kind of person who likes to hop on a flight every now and then and check out other countries. I also appreciate the occasional splurge on nightlife, culture, and fine dining.

Doing some research, I also quickly discovered that Panama City was a fine dining mecca. I found nearly 100 restaurants in the historic district ranked on Trip Advisor.

As far as high culture, Panama has over a dozen theatres, more than 100 cinema screens, and several sports stadiums. Again, a larger country so maybe not a fair comparison!

Climate wise, Belize versus Panama was pretty much a wash. Temperature highs and lows were similar but what tipped the scales for me was the fact that Panama doesn’t have any hurricanes. I also appreciated the fact that Panama has a varied topography, with Volcan Baru coming in at just over 11,000 feet above sea level. Nothing wrong with some cool temperatures every now and then!

Immigration and Becoming a Permanent Resident

To become a permanent resident in Belize, the government requires 50 consecutive weeks in-country to qualify. Another alternative showed the Belize Retired Person’s Incentive (QRP) which allows those over the age of 45 to come and go pretty much as they please.

Panama offered several options including something called the Friendly Nations Visa. Apparently, applications were being processed in less than 6 weeks. What really tipped the scales was the Pensionado Visa discounts that they were giving (and still are) for retirees on things like utility services, restaurants, and travel. In some cases, these discounts are as high as 25%. Go Panama!

In the end, I decided on Panama. Belize looked fantastic and I understand that it’s a sun-splashed laid back vibe. But fortunately, Panama has plenty of sun and lots of laid back if that’s your thing.

I for one wasn’t ready to sit around and read, beachside. And as they say, hindsight is 20/20. Looking back all this time, Panama’s had a fantastic run and is poised for great things.

The basic fundamentals have not changed: Panama is of course still on the Dollar. It is a safe country with a young, healthy, and welcoming population. And Panama also has one of the most streamlined visa processes in the world. During my time here, I’ve found Panama’s permanent residency program to be a huge draw for ex-pats, many of whom work from home. And while prices have risen since I moved to Panama…so have real estate values! Because as they say, “A rising tide lifts all ships.”

This ocean view condo for sale in Panama’s Terrawind is…

Spacious apartment for rent in Destiny Avenida Balboa with a…