Panama is known for its diversity, which proves to be a fantastic city trait for a foodie. All types of cuisines are found here with some truly authentic international eateries. Our restaurant highlight today is no exception. Russian Foodies is an authentic and delicious Russian cafe serving up classic dishes, drinks, and uniquely Russian treats. We interviewed the owners Marco & Elena to see what Russian Foodies is all about. This is hands down our favorite Russian restaurant and a must-try for anyone visiting or living in Panama. 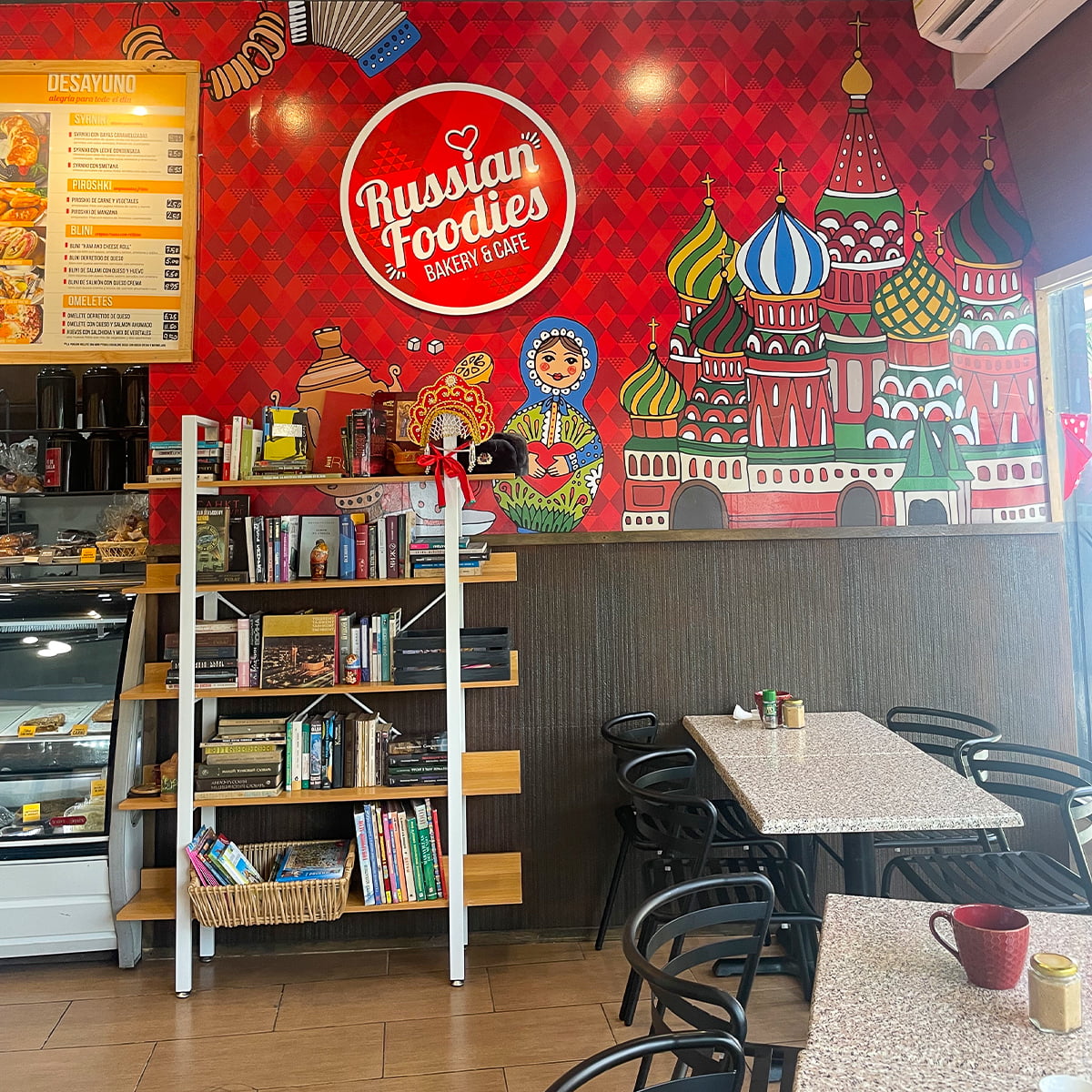 Marco is a Panamanian who married Elena, who is of Russian-Ukrainian descent. They started out by selling Russian Cookies in the streets of Casco Viejo. The cookies were so successful that they decided to open a cafe in 2015, adding many classics to the menu. Together, using Elena’s knowledge of Russian cuisine and Marco’s business acumen, they’ve created a special cafe in the heart of El Cangrejo. You can even find them both working behind the counter most days of the week. 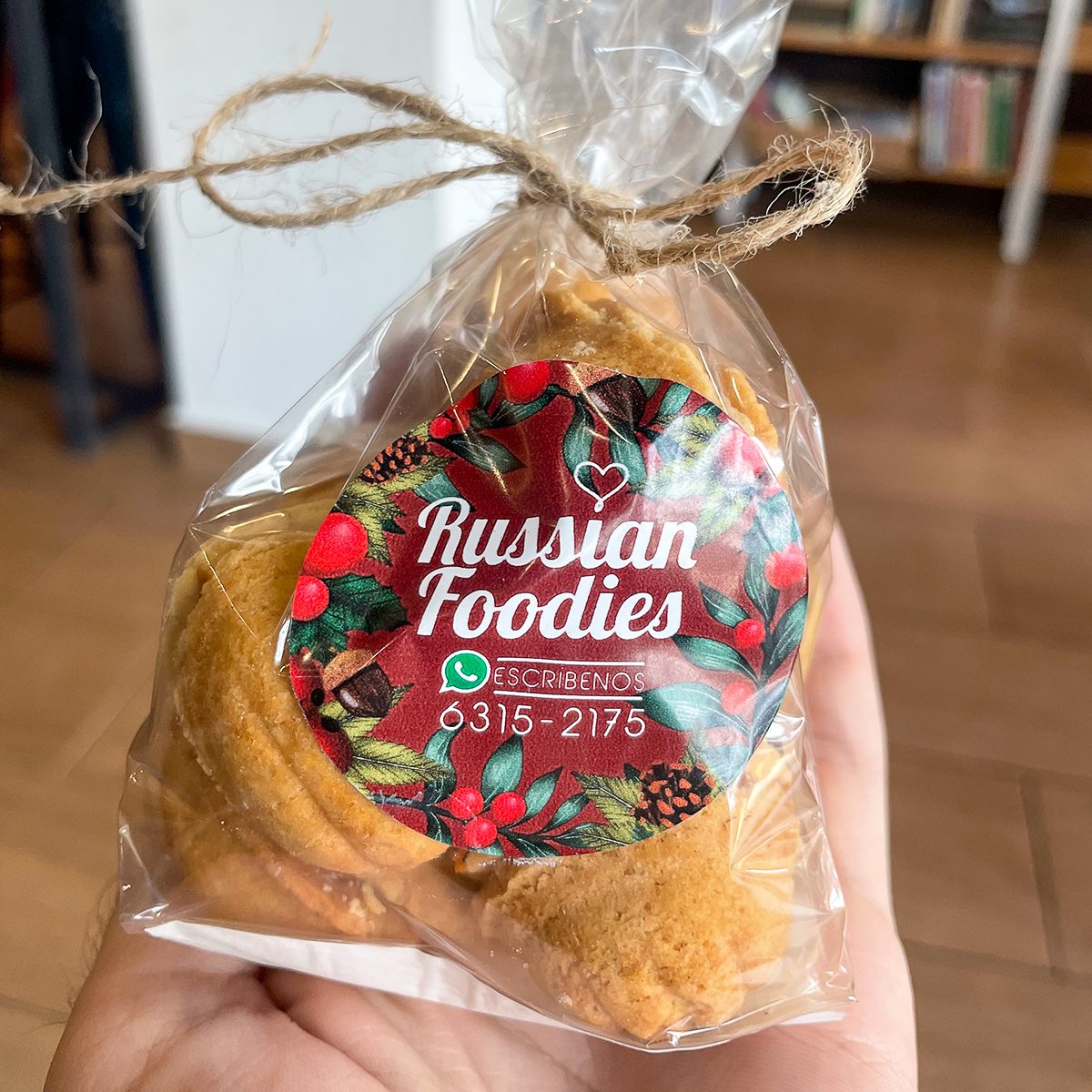 One thing to note about Russian Foodies is that it’s a place that’s intended to serve the entire community. Marco wanted to create an experience that was enjoyable for everyone. With his knowledge of Panamanian culture, they’ve established a place for all. This strategy has allowed them to stay in business for 7 years while four other Russian restaurants have since closed their doors. This is in fact the only Russian cafe you will find in all of Panama. 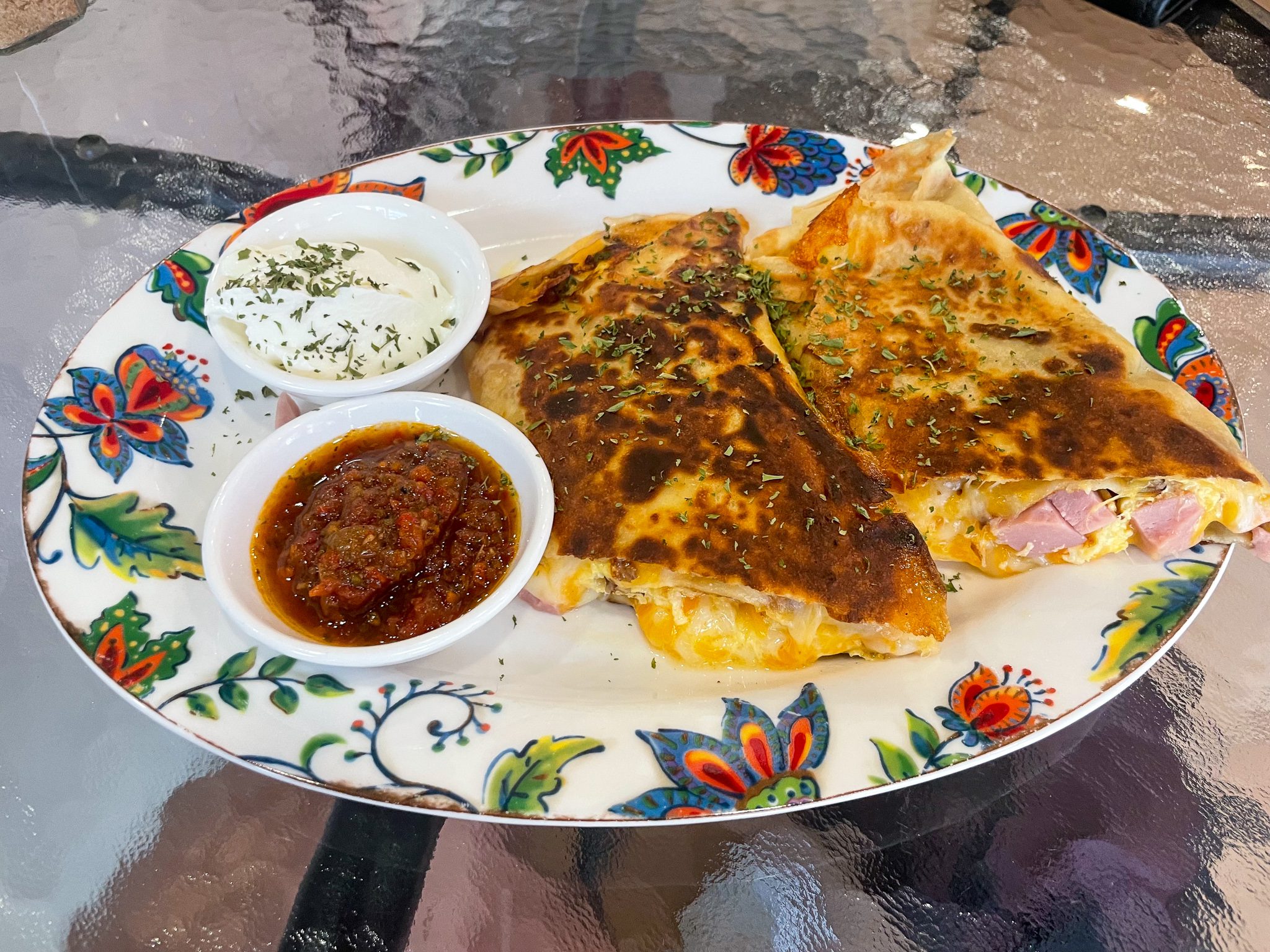 Now, what exactly is Russian cuisine? The main feature of Russian cuisine is considered to be an abundance and variety of products used for cooking. There are numerous dishes made of dough such as pies, cakes, rolls, and blinis, as well as unleavened dough, including dumplings and homemade noodles. Russian cuisine also offers a great number of vegetarian dishes mostly featuring root vegetables, mushrooms, pickles, and plenty of soups & stews.  The Russian culinary experience is also rich in meat, poultry, and fish dishes which are served on various occasions. As Marco puts it, “It’s simple ingredients with the best possible flavors”. 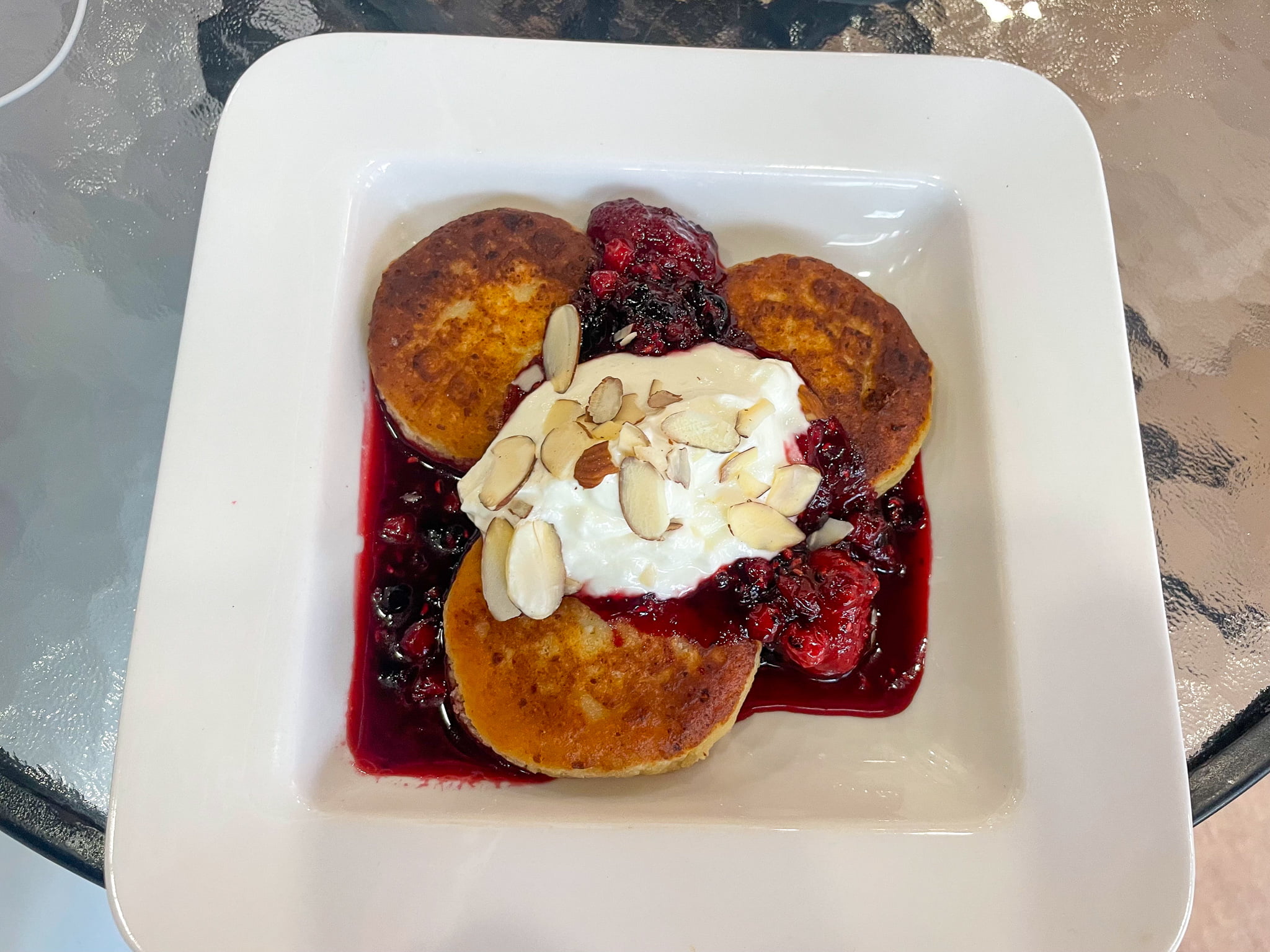 Since Russian Foodies is a cafe, expect to find many varieties of bread & dough-based dishes. The menu features the best Pelmeni, Vareniki, & Blini in Panama. Pelmeni and Varenki are dumplings by western terms while a Blini is similar to a crepe. There’s also Syrniki, aka fried pancakes with ricotta, and Piroshki – a fried empanada of sorts. They also have homemade Russian pies, cookies, and decadent desserts. Here you can even drink Mors, the famous Russian fruit drink prepared from berries. 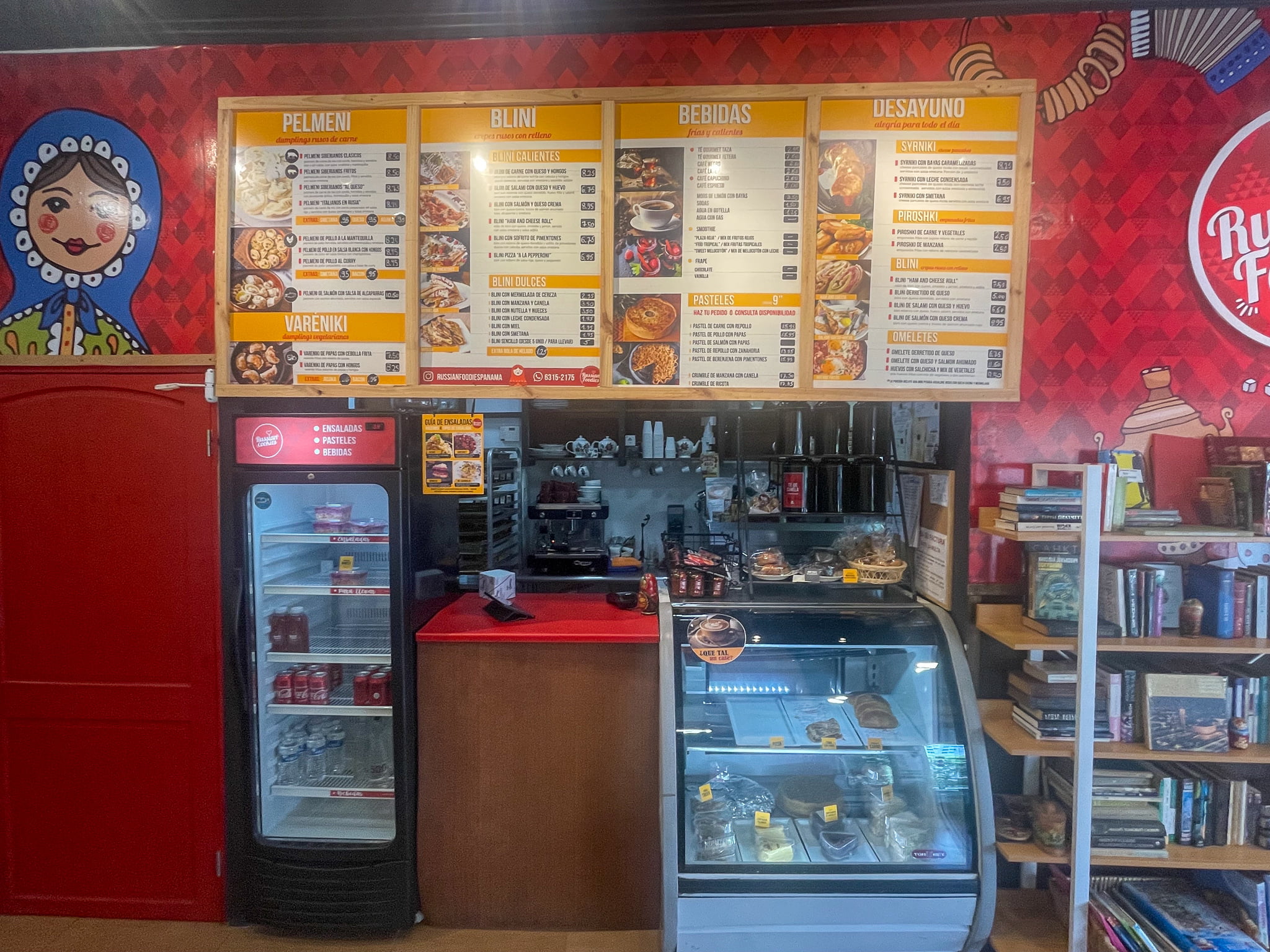 If you’d like a taste of Russia, you can head to this incredible cafe from the hours of Tuesday – Friday 8AM to 6PM, Saturday 8AM – 3PM, Sunday 8AM – 1PM, and closed on Monday. When you do, say hello to Marco & Elena! They are a wonderful couple and speak English, Russian, and Spanish. Nowhere else in Panama can you find a Russian scratch kitchen, made with as much care as Russian Foodies! For more information, you can visit their website here.

If you are looking for a well-maintained Panama property for…

This is the deal you’ve been waiting for! The ideal…

Located on a quiet street, this two-story house offers lots…